We’re a content development agency made up of a senior team of market researchers and strategists. With over 50 years of client and agency experience, we have a strong commercial awareness and have helped produce prize-winning creative content. We really love our work – from shedding light on a hard-to-reach consumer base in London to evolving a classic animation for a global youth audience – and enjoy getting involved across all aspects of our projects, from recruitment and moderation to idea generation and merchandising. 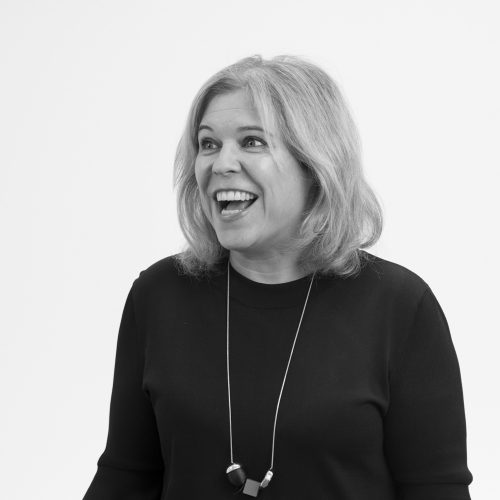 Debbie is Hook Research’s kids and youth specialist. She has been a pioneer in qualitative market research for 20 years, and her experience is regularly called upon by leading children’s programming providers.

Debbie’s experience with kids and youth culture has helped develop successful programming for brands such as Turner, Disney, and CBBC. Her research has directly helped create award-winning content in broadcast and in print, and she has a highly successful track record with all of the major publishers.

She particularly loves helping companies to understand their brands. She is a Guardian small business network research expert, as well as a resident research expert at Lewisham and Southwark College. Her work has helped to map out competitive landscapes to show where brands fit and identify potential for growth.

Debbie is also an accomplished public speaker and trainer in qualitative research techniques – she has recently been invited to run training sessions for the BBC, MEC, and MRG – as well as being a qualified teacher and humanistic counsellor, regularly working with disenfranchised kids and young offenders. 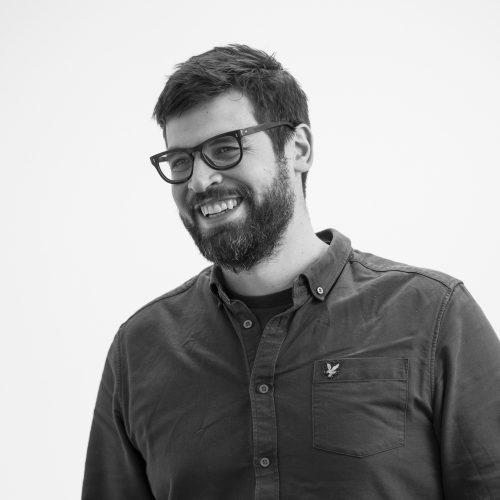 Nick has been helping media brands – both client and agency side – for over 20 years. He is particularly interested in getting to know respondents’ real worlds by developing methods to gain deeper, more useful insights.

His real passion is for agency life, having worked for a number of the biggest independent media and brand strategy agencies in the UK before co-founding Hook.

Nick has worked client side for diverse media owners from the BBC in the UK to CTC Media in Russia. Throughout his career Nick has completed content development and branding projects for many of the biggest media players in the UK. This covers: TV (BBC, ITV, C4 and Sky); Print (News UK, The Guardian and IPC media); Digital (Ofcom, Turner, BBC.com and lastminute.com) and New Media (The Guardian, ShortList media, and Sky).
Recently, Nick has been the driving force behind Hook Research’s use of panel software and research apps to get closer to what respondents really think. He believes that it’s really important to not only know a product’s audience, but to realise the worth of an audience to advertisers as well.

Nick also leads Hook Research’s international projects. In recent months he has led projects across Europe, America and Asia. Recently, he completed a pan-Russian project for Viacom exploring how to re-launch MTV Russia. He is fluent in Russian – which helped. 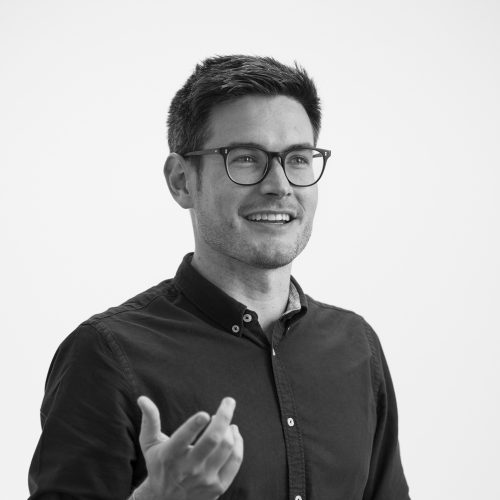 With a background in content development and marketing strategy, Sam leads the insights & engagement team at Hook Research.

Bringing together designers, videographers, and copywriters, this team ensures that each of Hook’s outputs is produced with design in mind.

He loves shedding light on the dynamic contours of digital landscapes and getting to the heart of how brands can produce content and marketing that resonates with modern, tech-savvy audiences around the globe. 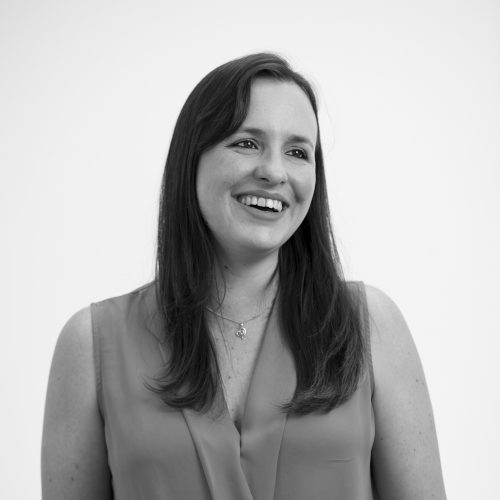 Annwen is Hook’s Office Manager. She has a keen interest and Diploma in Digital Marketing and also holds a Bachelor’s Degree in Early Childhood Education. She has a number of years of experience as an Executive Assistant in the risk management sector in South Africa and brings logical structure to the everyday running of the office. 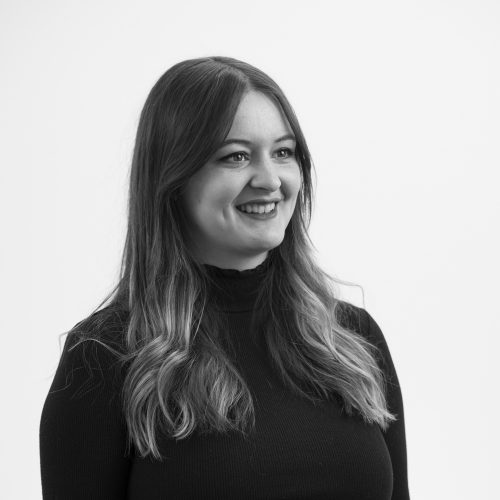 For Lucy, culture is everything. With an academic background in social anthropology and cultural sociology as well as audience research and TV development, Lucy leads Hook’s semiotics and cultural analysis offering.

She loves untangling complex cultural narratives across all areas of the modern media landscape, shedding light on a wide variety of audiences and behaviours from adults through to teens and kids.

Her work at Hook Research has covered everything from developing political news coverage, looking at the role of TikTok in young people's lives, and understanding resonant books for under 3s (and their parents).

In her spare time Lucy is a 'wannabe' mixologist, creating her own cocktails (to varying success) and distilling her own sloe gin! 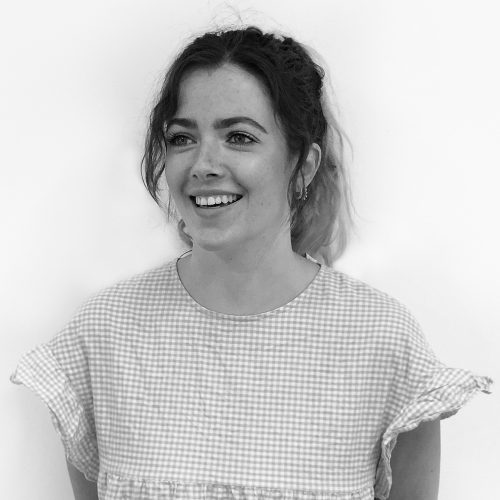 Georgia has always been obsessed with stories and storytellers.

This fascination with narrative – everything from classic tomes to clickbait gossip rags – led her to read English at Bournemouth University and later work within the publishing industry. She’s now helping brands create their own stories – narratives that bring together consumer insights and business strategy – working across the entire media landscape from radio and podcasts, to TV and YouTube.

When not exploring how young professionals in Manchester choose Netflix shows, or mapping the landscape of kids TV content in Romania, Georgia can generally be found with a big book in hand or getting shouted at by an instructor in a HITT class – but she’s also on the hunt for any new and unusual hobbies. Any ideas, please get in touch. 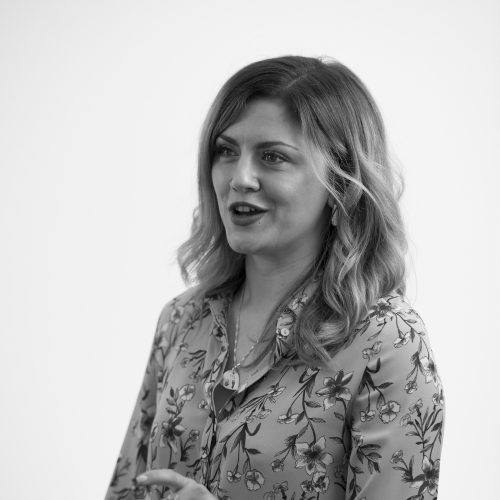 Lauren joined Hook at the beginning of 2019. She comes from a multi-cultural background and has lived and worked in various places around the world. Throughout her travels she has gained vast experience in multiple roles and sectors - areas which have been extremely valuable to her role within the company.

Lauren is our Project Producer. She is the point of contact for all fieldwork recruitment here at Hook, liaising with recruiters to ensure the right respondents are recruited for each project, and organising logistics for projects - ensuring their smooth running.

Her bubbly personality makes her easily approachable, so if you’d ever like to call up Hook for a chat, she’s your person! 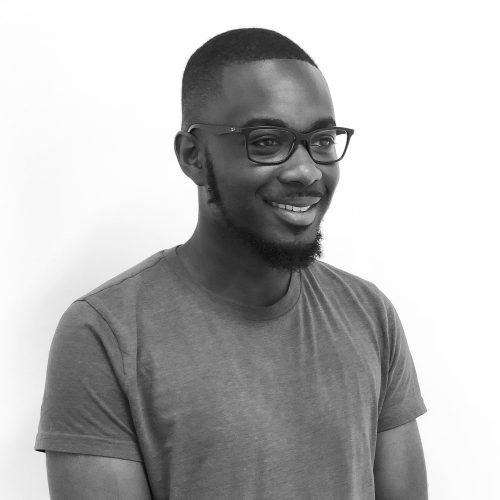 James is a storyteller.

At Hook, his job is to take the data unearthed by the research team and - through graphic design and video work - help turn them into compelling and actionable business narratives. Given the choice, he'd probably work almost exclusively in the minimalist Swiss and Bauhaus styles – this man loves a nice, clean line – but he recognises that each brand's needs and stories are different, and James is a master at knowing how to create outputs that match any visual style. Day-to-day at Hook will find him deploying those skills to the fullest: one day creating personas for a tricky music audience, the next creating infographics around a heritage kids TV show.

Outside of InDesign and Premiere, he's a self-proclaimed omnivore always up for checking out a new London restaurant; a devout Christian; and a Football enthusiast (even though his playing days might be a bit behind him...)