3 reasons Twitter Moments stands out as an alternative news source

10 minutes of scrolling through Twitter Moments at my desk this afternoon has given me the breaking news of Samira’s departure from Love Island, an overview of the heightened security around Trump’s visit to London and has shown me a viral video of a girl voguing at London Pride dressed as Hermione from Harry Potter.

In an age where even politicians are on Twitter, connecting to current affairs through social media is becoming the norm. A huge range of people and organisations are active on the site. Since its inception, this has led to a gradual increase in Twitter’s use as a one-stop-shop for current affairs. A US survey shows use of Twitter as a news source increased from 52% in 2013 to 74% in 2017.

For those who aren’t aware, Twitter Moments weaves together tweets, resulting in a user-created journalistic story. Twitter does clarify that these are ‘curated stories’ which combine and showcase ‘the very best of what’s happening on Twitter’. Most articles are attributed to a content type (Politics/ History/ UK News etc.). But some are attributed to verified accounts, giving them the backing of a mainstream news provider or politician when appropriate.

I think there are 3 key reasons why Twitter Moments’ time is now, which is fundamental in understanding its path to success…

Like Twitter itself, Twitter Moments is often easy to consume, easy to digest and binge-worthy. Many people nowadays are disillusioned with mainstream news. And Twitter Moments is a great alternative news source for learning about subjects ranging from politics to Cardi B’s firstborn.

Moments are a way for readers to connect with news in a people-centric way, differentiating it from mainstream news. Content is often pieced together with posts by seemingly ‘average’ people. Hashtags are also on hand to help you browse through a range of opinions on any given story, allowing you to confirm your stance, or even challenge it.

In the case of the girl voguing at London Pride dressed as Hermione: not only did the Moments post feature comments by admirers of the video, it also had tweets from the girl herself, explaining the situation (and bizarre costume choice). These stories create a sense of community around events like the World Cup, Pride and even the Trump protest. This is what makes Twitter Moments a powerful alternative news source. 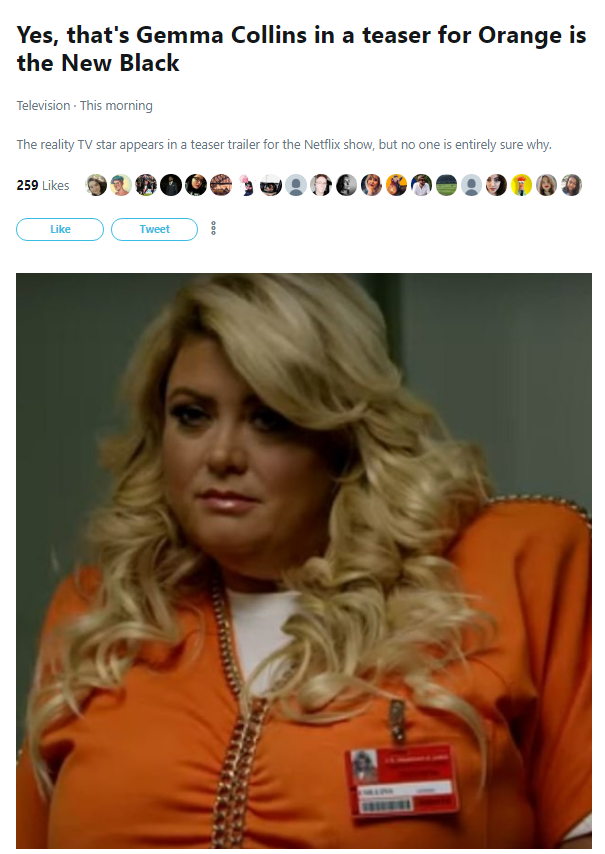 Too often we hear from Millennials and Gen-Z that the news can be depressing, providing a too often bleak view to the world. Even mainstream news media have been reacting to this. A pilot from the Guardian over the last 2 years to bring more positive news to people was well received by their readership: “Reader numbers for this kind of journalism have proven remarkably robust throughout the project, with almost one in 10 readers on average sharing stories on social media[…] There is a wide world of answers and improvements[…] and when you write about it, people tend to respond positively” (Mark Rice-Oxley). Clearly, Twitter Moments is making a smart decision including both serious news and positive people-orientated stories to make people smile.

While Twitter Moments offers desirable news content in bite-size chunks, it has also come to prominence in the dawn of fake news. A huge challenge for the platform is how to share stories first whilst also safeguarding users from fake, unvetted content. And whilst the platform does clarify that all content is ‘curated’, fake stories could still slip through the cracks.

Another challenge for Twitter Moments will be how to integrate sponsored content in a way that doesn’t jar with readers. Currently, the Twitter Business account is giving brands tips on how to harness the Moments page to improve their brand.

Finally, perhaps even more than fake news, user-written Moments risk having misleading and biased content. This could be written by those with an angle on a story, rather than (so-to-speak) impartial journalists. It is perhaps for this reason that you cannot access a backlog of Moments but only those the platform has on the current page.

While these challenges aren’t negligible, Twitter Moments is an alternative news source with potential to change things up in news. And I think what Twitter does with Moments over the next year will certainly be something to keep an eye on.

Enjoy reading our insights into Social Media? Watch our video explainer about Dark Social to learn more. And while you’re at it, why not sign up for the Hook newsletter or connect with us on LinkedIn and Twitter!