Here at Hook Research we have been taking a closer look at the exciting landscape of youth audio (kids music, podcasts, smart speakers and audiobooks) and asking creatives in this industry to give us their take on what it’s like to create content for kids.

At The Children’s Media Conference 2019 we were lucky enough to catch up with the composer Christopher Renshaw. He has dedicated his career to making music for children’s media across a range of platforms for brands like Thomas & Friends, Scrumptious House, and Oxford University Press. Christopher has since taken time out to answer a few questions for our Creator Conversation series, looking back over his time as a composer and sharing the elements of music that still strike a chord with children today.

Hook Research: How did you first get into composing music for kids media?

Christopher Renshaw: Well first I tried to learn my craft, through playing in youth orchestras and bands, and studying music and composition to graduate level. I continue to learn and develop professionally in an ongoing process, as you might well expect.

“In every case so far where I’ve enjoyed success, it started with the offer of an ‘acorn sized’ commission which steadily grew into something bigger”

My first post-grad job was recording/composing/mixing audio for corporate and e-learning productions. Through some fantastic good fortune it happened that kids TV favourite Justin Fletcher was a regular visitor to the studio. He kindly gave me my first break in children’s media when he produced a cassette tape of kids jokes for which I wrote comedy stings and underscore.

Justin’s own career was also just starting at that point, otherwise I’m sure he would have been inundated with offers from more experienced composers! That small job went very well and led on to much bigger jobs for Scrumptious House, including kids DVDs and show pilots.

Those gigs provided me with a strong children’s tv show-reel, which helped me to pitch for work from other production companies. The Thomas & Friends job came after a very small piece of work was offered to me by the wonderful show producer Ian McCue. Again, it was well received and led to further small commissions, which grew in scope, and before long I was scoring the whole show!

CR: So many things come together to make a great composition, but to quickly mention a couple…

With underscore, it simply must always serve the story. There’s nothing worse than sensing a disconnect between the music and the other story elements. For children’s media in particular, that might require developing a palette of sounds that reflect the visual or storytelling style of the show or app, as kids media can be particularly highly stylised. It certainly also means never over-indulging your own musical ego – as an underscore composer you’re more of a painter and decorator than fine artist!

For featured moments like songs and show themes children want to participate with and feel ownership of the music, and that’s best achieved by writing simple, catchy, repeatable melodies for the singers, and saving any musical pizzazz for the band underneath.

If my two daughters can sing something after a couple of listens then I think it’s probably in the right ball-park.

CR: I think there are very few differences because much of the language of music is something that we intuitively understand from a very young age, so most of the musical coding/devices that I might want to employ are still available to me and will be appreciated by a young audience.

For example, any child that runs their hand along the white keys of a piano keyboard and then does the same with the black keys will intuitively feel that the black keys sound magical and exotic in comparison to the white keys. Similarly the differences between major /minor /diminished /augmented harmonies are things that we innately respond to at an emotional level for the most part.

“Children need honesty and help in signposting story elements, whereas adults don’t – or rather, as adults we enjoy playing around with such things”

An ability to decode the language of ‘western music’ is something that seems to be present from an incredibly early age as well.

Children won’t be able to interpret cultural cues in the ways that adults have learned to, so when we hear for example a flamenco guitar strum when Puss In Boots appears (Shrek), the significance of that will be lost on many children. However, they’re only going to develop cultural awareness through exposure to such cues, so it’s still right that the composer should feed them information that they won’t necessarily yet be able to decode, to increase their cultural understanding of the world.

I believe a key difference in writing for children’s media is to stay “honest” with them by avoiding the use of irony, I wouldn’t readily score a “baddy” character with “goody” music for a preschool production because I think it might be too confusing for that particular audience.

There’s a strong tradition of using ironically placed music for grown-ups’ movies, particularly in dark comedy and horror genres, but children need honesty and help in signposting story elements, whereas adults don’t – or rather, as adults we enjoy playing around with such things. 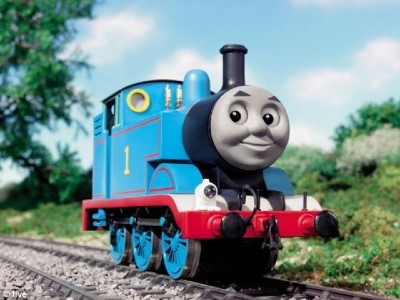 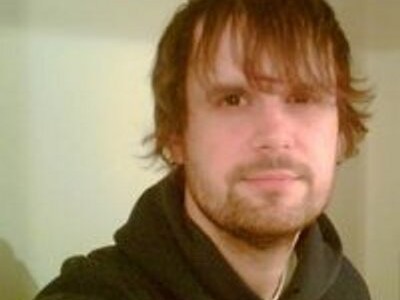 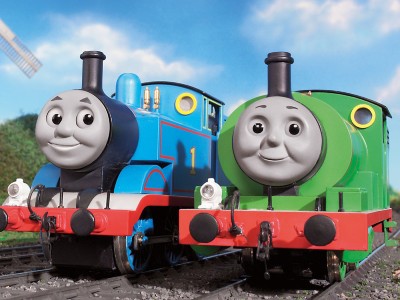 HR: Has the way you approach composing for kids changed over time? In particular, has emerging technology changed the way you think about creating music for kids (eg YouTube, Smart Speakers/ Alexa, videos games, etc)?

CR: There is a much higher occurrence of non-linearity in storytelling since the advent of computers and gaming, but that’s something that has been with us for a few decades now. The player-lead narrative means composers and other creatives have had to consider themselves as story facilitators more than story tellers.

As a composer that might mean planning a series of interchangeable music stems that can be coherently mixed on the fly by the game audio engine, or writing music that’s tied to an in-game object. Again, it’s just about the composer serving the needs of the media.

Mobile phones and smart home devices like Alexa have seen a resurgence in “audio only” productions such as podcasts & dramas. Particularly in the case of the portable device there’s been a big increase in the use of binaural sound (the term now used as shorthand for surround via headphones) which can arguably be more effective than other types of consumer “immersive audio” because the variables are relatively fixed. (Ed Note: Check out Hook’s exploration of the Kids Audio Landscape – Podcasts, Smart Speakers, and Audiobooks)

HR: What do you think are the big challenges facing artists/composers today when writing music with a young audience in mind?

CR: I think a big challenge is the “Paradox of Choice”.

Advances in studio technology mean that all options – in terms of sounds and instruments – are now open to composers even at mid-to-low budgets. Historically the sound of children’s TV in particular, was mostly defined by small ensembles of musicians (as dictated by budgets) which in turn invites a certain intimacy to the music because a team of 5 musicians make a very different sound to an orchestra of 50+, regardless of instrumentation or musical style.

Now that we have everything “at our fingertips” sonically, composers have to give more thought not to what we can deliver, but what we should be delivering to best serve the needs of that particular audience. I think it’s a paradox that affects all the creative industries: “We can do anything… umm… what should we do?”

Aside from that, we also need to fight for budgets to keep working with real musicians so that we’re not denying children the exposure to music created by real people playing instruments, with all of the natural humanity that that process is imbued with. It’s something that I need to work harder at.

HR: How do you think composing for kids media will evolve going forward? Broadly, what do you think are going to be the big influences in the next few years?

CR: Musically, I think we’ve always reflected wider trends in popular culture through kids media and will continue to do so. Rap and spoken word is massive and will continue to be for a long while yet, I expect. In the last Thomas & Friends movie there was some rapping and also a very hi-tech dream sequence which we scored with some fairly full-on dubstep!

“Working on a popular show, now more than ever, requires the production of quite a lot of material which will never be broadcast but is consumed in other ways”

Working on a popular show, now more than ever, requires the production of quite a lot of material which will never be broadcast but is consumed in other ways.

Composers will need to produce many, many more minutes of music for any given property – because we’ll continue to be asked to score all of the “extras” that are now expected to be bundled with it such as apps, youtube shorts and toys. Traditional broadcast media is becoming a shop front for a raft of products and new media, and it’s rare that music can be directly reused from the show. It’s a mixed blessing – much more work, but often at rock bottom budgets because, as an industry, I think we’re still figuring out how to best make money from many of these new channels.

Also, AI in music creation is starting to be talked about in composer circles although in my experience the technology is still poor.

In my view, AI is not the nemesis of the composer so much as other, non-AI tech developments that are already in full swing: like the shift away from traditional linear broadcast to SVOD, along with the general devaluing of recorded music in wider society. This latter development could potentially leave a sizeable hole in composers’ purses because of poorly negotiated royalty agreements (though, I think this is a common theme for IP across all the creative industries).

HR: What’s next for you and your work? Where will we hear your arrangements next?

CR: I’m really still flat-out with Thomas and Friends at the moment and I’d like to continue writing for the show for as long as they’ll have me!

I was very intrigued to hear of a perceived gap in the market for children’s smart-speaker apps and I’ve been wondering if an old children’s music/audio story I started to develop some years ago might actually be quite well suited to that environment. I intend to look into it further as and when I can.

I also hope to immerse myself more fully in the world of “real music” played by “real people”, and become slightly less reliant upon the amazing black box of tricks sat underneath my studio desk.

We really don’t see enough people playing music on kids TV today – there’s lots of music and lots of great singing – but not nearly enough actual people playing instruments on screen, so expect to see me down at Cbeebies HQ pitching the new “A Handful of Songs” to the commissioning editors – although it was actually an ITV show back in the day, to give due credit. One of the best kids shows ever!

If you enjoyed our interview with an expert from the Youth Audio space – check out our interview with Eric O’Keeffe, the host and producer of What If World Podcast, our blog on how podcasts broke into the mainstream, or sign up for our monthly newsletter!

If you would like to learn more about Christopher Renshaw and his work you can visit his website here.