The Death of Live TV or just the evolution of a medium?

Last week a tweet from 2018 resurfaced, going viral for a second time:

I feel sorry for Netflix era kids. They will never know the high stakes adrenaline of running to the bathroom/fridge/bedroom in a single ad break, with the beckoning call of a sibling screaming “It’s ONNNNNN” to send you hurdling over furniture to get back in time.

This tweet makes clear what anyone with a smart TV and internet access will already know: viewers no longer live their lives according to ad breaks.

In 2020, an estimated 12 million adults in the UK gained access to SVoD services during lockdown, increasing by 71% since this time last year – which means the days of desperately sprinting downstairs to catch the first few seconds of X Factor may be a thing of the past.

So, what does this mean for the TV experience? From the on-demand figures above, it would seem easy to claim – as the CEO of Hulu has in the past – that ‘Live TV is dead’. However, I think it isn’t that live TV is dying, it’s just our notion of what counts as ‘live’ is changing instead.

In the past, discourse generating, era defining TV shows – like Friends, The Sopranos and Lost – had to be watched live, with each episode’s events fuelling water cooler conversations the next day. If you’d blink, you’d miss it… or at least have to wait until the boxset came out.

Watching something live in the 90’s and 00’s inevitably meant that you were part of a collective experience and able to partake in a limited window of discourse before the next episode aired.

We still tap into this feeling now and again, of course: Game of Thrones was probably the last show to generate this discussion on a massive global basis, but shows like Love Island and The Walking Dead also continue to attract big, live fandoms. For the most part, however, I think it’s fair to say many of the biggest zeitgeist shows are no longer dropping weekly – rather in big, binge-worthy bunches.

It’s also pretty easy to catch up on live shows on-demand, after the fact – and many are choosing this option over the live watch. As Sky’s Managing Director of Content, Zai Bennett, wrote in a blog a few years ago:

“Any new TV series that we release as a boxset on demand, alongside a traditional week-by-week transmission… can have more than 60% of its audience completely missed in official [BARB] figures. Some show’s audiences can increase by more than six times by the end of a series’ run. The reality is, if someone recommends a show to you… you might not come into it until several weeks after it’s gone on air”

What is interesting, however, is that while these big shows may not be viewed ‘live’, they can still manage to feel ‘live’.

For audiences we spoke to recently, lockdown successes like Tiger King, Normal People and I May Destroy You felt ‘live’ because they were all anyone was talking about, despite being released predominantly online and rarely being watched simultaneously by crowds across the country. Cleary, discourses surrounding particular episodes and shows have widened – lasting months due to our increasingly staggered viewing.

Live viewing is no longer just a fleeting shared moment, but now an extended ‘macro’ moment – and for many viewers it feels like you can tap into the ‘live’ experience by watching a show sometime within this extended period of discourse. 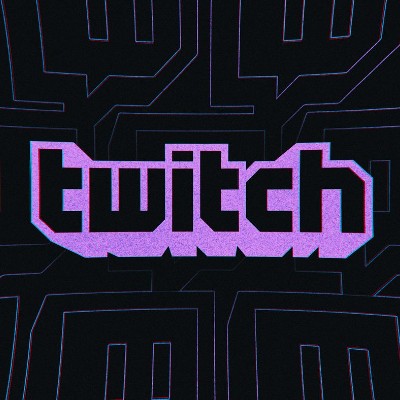 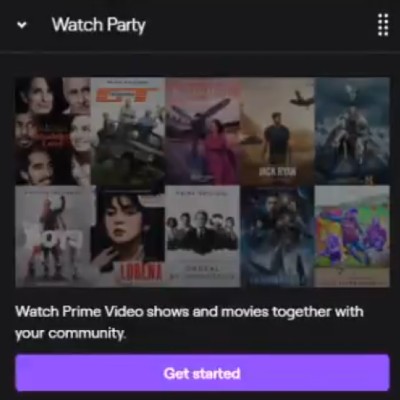 The rapidly evolving tech landscape offers us another interesting lens through which we can explore the evolution of ‘live TV’.

Emerging and established livestream platforms – Twitch, Facebook Live, YouTube, Instagram Live and Microsoft’s shuttered Mixer – have taken the social aspect of ‘live’ TV to the nth degree, allowing viewers to interact with the content being broadcasted and react in real time with each other.

Twitch is by far the largest live streaming platform – controlling 76% of the live-streaming market. It is currently dominated by esports or play-with-me style gaming sessions.

However, since being acquired by Amazon, it has been looking to make moves into the world of broadcasting. Its own original content ‘Artificial’, an interactive show where the audience decides the storyline, was nominated for an Emmy (Ed note: if you want to learn a bit more about interactive programming, check out our interview with Stornaway co-founder Kate Dimbleby).

Since October last year, Twitch has also been experimenting with live ‘watch parties’ where streamers watch Amazon Prime content alongside other fans. The platform plans to extend this feature to the global market later on this year.

Watch parties create arbitrary ‘live’ viewings of an on-demand show that mirror the way that many young people today view linear TV – in the past, we’ve done regular watch-alongs with twenty-somethings who are as glued to their WhatsApp group commentary about the latest episode of Love Island as they are the goings-on on screen.

If we speak about the live TV experience as bringing people together, do these platforms – with their natural support of social commentary and discourse – offer a more natural home for ‘live viewing’ (and the associated behaviours of young viewers) than traditional linear TV sets?

But don’t give up on Live TV just yet…

With all these changes, I think it’s worth ending this piece by dwelling on some of the unique offerings that live TV – in the traditional sense – still brings to the table.

First of all, linear TV (for now) is still the home of timely video commentary on the world – whether that’s breaking news, morning shows, or late night wrap ups of the week.

As of 2019, TV was still the preferred platform for news consumption in the UK (75% of adults 16+ used TV to consume news, compared with 66% who used the internet) – though this percentage has dropped since 2018 (down from 79%). Time-limited talk shows, debriefing viewers on the events of the week, also seem to struggle to land on SVoD-only platforms like Netflix – the platform has cancelled three such shows since 2017 – while they continue to thrive on linear TV, suggesting, perhaps, that viewers aren’t tuning-in to on-demand spaces for this kind of immediate commentary.

Secondly, I strongly believe live broadcasts offer a deeper sense of communality than just taking part in the discourse around a TV show. There will always be content that just demands to be watched live: big sports events, for instance. These big events take the viewer out of their own individual identity and they become part of the collective. They are now the ‘audience’ or the ‘congregation’ or the ‘fans’ instead of just ‘Sally from Manchester’.

This element is – and will remain – unique to live broadcasting: it makes the audience part of a collective identity, rather than just sharing a collective experience.

So, is live TV dead? Of course not! Running to the fridge in an ad-break might be a thing of the past, but the excitement and communality generated by live shows will always be of value.

Our definition of live might be changing and how we enjoy live content might be evolving but we will always need live TV to bring us together – creating shared experiences and collective identities.

Enjoy this thought piece? We have plenty more like it! Check out our thoughts on 10 elements of a classic TV show, or watch our interview with UK animators about the ‘5 Golden Rules’ for creating great kids cartoons. Also, be sure to sign up for the Hook newsletter!