Pete Harmer has over a decade’s worth of experience in film-making.

Over the course of his career Pete has worked on commercial projects for organisations such as Microsoft as well as charity funded and community focused projects with disadvantaged people.

Pete is passionate about empowering young people, and providing them with the tools and skills to express themselves through the medium of film.

As part of our ‘Creator Conversation’ series, he sat down with us for a chat about film-making in 2019, how that’s changed over the past ten years, and and the differences between working with adults and kids.

Film-Making as a means of empowerment: Pete Harmer

Hook Research: How did you get into film-making?
I knew I wanted to make films from an early age and I was quick to start.

I used the family video camera to film with my friends for fun as well as offering to make films for my secondary school and local charities. At Sixth form I chose to study media in order to develop my knowledge about the industry in a more general sense. I knew I wanted to further my knowledge and skills, so I did a degree in film production at the Surrey Institute of Art before setting up as self-employed filmmaker and then as a limited company.

It was the film that I made in the last year of my degree – a documentary shot in Hamburg about the Second World War Firestorm – that opened doors for me early on. This film played a part in my recruitment to work on a Heritage Lottery Funded film about the Second World War after I graduated. This project was community focused and inspired a lot of the work I would go on to do.

HR: Can you tell us about the projects you’ve worked on?
There are so many to chose from but a few stand out projects for me include; filming the Olympic Rowing Team in the lead up to the 2012 Olympics, filming with Microsoft in Malawi, creating over one hundred films for a children’s phonics entertainment series, working with charity ‘Headlines’ in promoting their charity for families with children with craniofacial disfigurement.

One of the more challenging but ultimately very rewarding projects I’ve worked on was two weeks with TBAP at the Junction in Cambridge, making a music video with young people excluded from mainstream education.

HR: How do you feel the industry has changed over the course of your career?
Over the course of my career I have had to keep up with the technological changes in the industry which continues to move faster and faster. I made my first films just after leaving school for a local charity before you could edit on a computer so my editing was done with VHS tapes using two video recorders joined by a scart lead.

I went from filming on SVHS, to High 8, to DVCam, to MiniDV and finally to SD cards whilst shifting from analogue, to digital, to high definition and now 4K production.

Everything is so much faster now. Today I get feedback from clients immediately by uploading a video and sending an online link, but when I started I had to send out DVDs in the post so I might have had to wait a week for a client to watch the film and give me feedback.

The other change that has taken place is that video has gone from being a luxury to a necessity for organisations. The demand for video content is greater than ever. The way we consume video as audiences has changed greatly through platforms like YouTube and Facebook.

There is a desire for much shorter videos for quick consumption and instant impact. This in turn means more people offer video production services so there is more competition in the industry which can make it harder, especially for those starting out.

HR: You’ve worked on projects with both kids and adults, how do these experiences differ?
When I work with children or young adults I try to make sure that they are always in the driving seat. I am facilitating them, helping them to develop new skills and be creative, but ultimately I want them to own their work.

I like working with young people because I feel that film-making can empower them to express themselves and build their confidence. It’s very rewarding as a professional to know that I have made a mark on the lives of others and I’m lucky to still be in touch with some of those young people, many who have gone on to have very exciting careers as filmmakers themselves.

When I work with adults I do so in many different ways, with collaborators, sometimes with employees and of course with clients. Quite often the challenge – especially with clients – is making them feel that you are doing what they want whilst gently guiding them in the direction know is best, you want the best outcome for everyone involved.

I hope my overall approach with young people and adults is similar; to listen carefully, work to the best of my ability and show enthusiasm for a project whatever it might be. 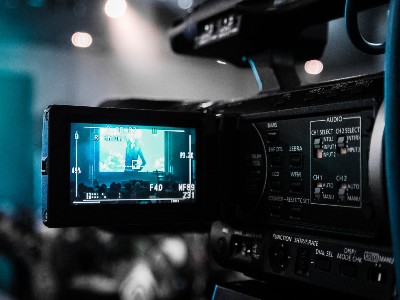 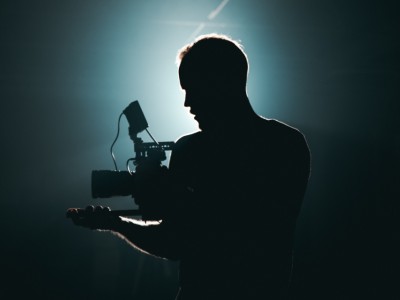 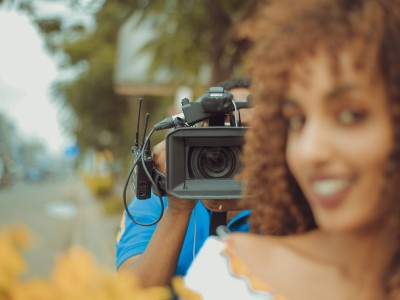 HR: You’ve also spent time teaching kids about making films, can you tell us about this experience?
I’ve worked in film-making with young people in various ways over many years. Predominantly I have done so through organisations that support the creative development of young people, many with special educational needs. Unfortunately, many of these organisations no longer exist due to cuts in funding.

Through the Cambridge Film Consortium, I worked in Primary Schools across Cambridgeshire to increase cini-literacy skills whilst Momentum Arts in Cambridge employed me to work alongside other artists from different disciplines to introduce young people in deprived areas to film-making.

“It’s also great to see how filmmaking continues to be so accessible for everybody especially young people today, with small devices such as phones offering video recording capabilities”

I have also worked with young people to create educational resources for other young people. These include ‘Your Choice’, a short drama about the dangers facing young people today made in collaboration with Cambridgeshire Youth Services, and ‘Saving Terry Firmer’ a short drama that tackles issues around climate change.

I also have worked on many film projects with Heritage Lottery Funding with young people, the most notable of which was ‘In Our time’ an inter-generational project where memories shared from residents at local residential homes were turned into plays and songs by local primary school children who performed them back to the residents. The success of this project and associated teaching resource became a template for the roll-out of similar projects nation-wide and is something I am very proud to have been part of.

I have now worked on three substantial Heritage Lottery Funded films with Sawston Village College. Hundreds of young people were engaged in these projects through every aspect of the film production process. My involvement with Sawston led to the establishment of a dedicated filmmaking club, where students from the college meet weekly to write shoot and edit their own films, which has now been running for almost ten years.

HR: Has your approach to film-making changed?
I don’t think my approach has changed all that much. I think I am sensitive filmmaker and always look for the most human angle in telling stories, I believe that’s where audiences most connect with the work. I’ve always invested in my equipment to make sure I have great tools to use because I really care about the quality of work I provide for my clients and making good quality videos is where I get the most satisfaction, it’s why I still enjoy doing what I do.

HR: What does the future look like for filmmakers?
The future is exciting.

We will see new technologies like 360 video as well as the growth of augmented reality and VR, taking the industry in new directions and offer new audience experiences. It’s also great to see how filmmaking continues to be so accessible for everybody especially young people today, with small devices such as phones offering video recording capabilities.

HR: What’s next for you and your work? Where can we find your work?
I am very involved with the equine industry being based here in Newmarket. Over the coming months I will predominantly be filming horses at Tattersall’s, Europe’s largest bloodstock auctions. I will also be editing a feature length documentary about the acapella ensemble the ‘King’s Singers’ now having completed filming.

If you enjoyed our creative conversation with Pete Harmer then check out our interview with Eric O’Keeffe, the host and producer of What If World Podcast or sign up for our monthly newsletter. If you would like to learn more about Pete Harmer and his work you can visit his website here.

Are these the best podcasts for kids? They’re certainly our favourites…

Are these the best podcasts for kids? They’re certainly our favourites…