Interactive media isn’t a particularly new phenomenon – I fondly remember tearing through ‘Choose Your Own Adventure’ books when I was a child, enjoying the various different endings (and tragic deaths for me, the main character) on offer. In a media landscape dominated by linear products (long films, cable TV, etc) these non-linear experiences were a novelty outside of video games – though even there, 2D scrollers were still hugely prevalent (Super Mario, anyone?).

Jump ahead to 2020, and that structured nature of media has eroded somewhat: multi-platform experiences, algorithmically pushed content, and on demand media now allow audiences to craft their own content experiences that are a far-cry from the linearity of past decades. Yet, in many ways, we in the media industry are still linear by default – telling stories and crafting experiences that may not necessarily match the nuanced needs of modern consumers.

This is why I thought it would be so fascinating to speak with Kate Dimbleby.

Along with Rupert Howe, she is a founder of Stornaway – a  ‘drag a drop story editor for interactive and immersive content’. Kate and I had a fascinating chat about the immersive content landscape today (otherwise known as ‘branched narrative content’), the leaders in this space, and how this technology could start to push the boundaries of traditional storytelling – not just delivering compelling ‘Choose Your Own Adventures’ for the twenty-first century but also creating richer, reactive media experience as well…

Hook Research: What is Stornaway?

HR: What is branched narrative content? And what do you think are the best examples of this right now?

KD: At the moment, we tend to see producers creating branching stories of the “choose-your-own-adventure” type. The most well-known recent examples include Black Mirror: Bandersnatch, which was a huge hit last year on Netflix particularly among 16-24s, and Bear Grylls : You Versus Wild, a Netflix interactive series for families.

Netflix are releasing more of these in all genres, especially comedy and animation.

But Stornaway let us see how writers and producers can experiment with non-linear stories beyond just the “Choose your own” type, to join up short form clips and sequences together in all kinds of ways. We’re working with people who are developing personalised viewer journeys that let viewers see multiple perspectives on the same story, or dive deeper into detail, or just follow their interests.

If you think about how we watch YouTube, it’s really just a huge collection of clips in one platform, with the algorithm steering viewers from one video to the next. Brands and broadcasters have little control over what their viewers watch next – often it’s a competitor’s clip. Stornaway lets them craft journeys where they keep audiences engaged with their own content in this non-linear world, rather than losing them to the algorithm.

HR: What do you think audiences get from interactive stories like these?

KD: There are a couple of things happening in tandem at the moment.

Viewers are demanding more layers of complexity from screen stories. In both scripted and unscripted, we want to know who these characters are in more and more depth, and spend more time with them.

At the same time, we’re leaning forward a lot more: wherever we watch video, when one clip or episode ends, we’re prompted to watch another.

Interactivity is built into these platforms and binge watching is really about wanting to stay with a story or a feeling and dig deeper. On demand streaming platforms have enabled a much more seamless engagement with viewers and interactive stories can be a delightful way of developing this.

There is also a lot of evidence that watching interactive content gives the viewer a sense of control, increases engagement and watch time.  Alongside the benefits of learning for children, it is an exciting form to be working with. 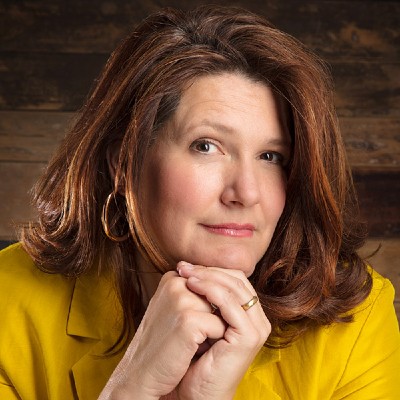 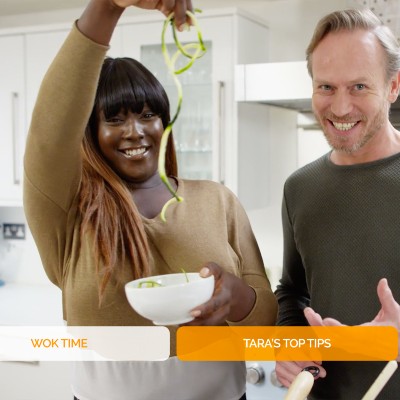 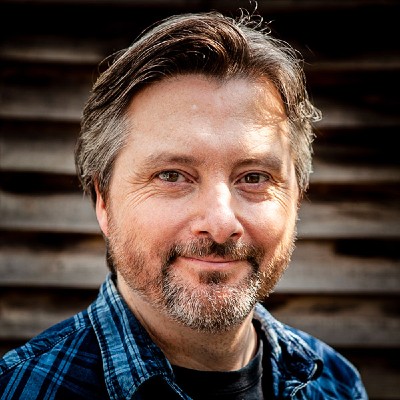 HR: When creating content like this, do you think there are any lessons that brands should be learning from parallel industries, such as video games or table top gaming?

KD: Yes – it’s complementary and additive to these other industries, not competitive.

Coming from gaming, this kind of “pure” interactivity can seem very simple, but that’s also something to be relished in the writing, production and playing. The joy of the interactivity comes from connecting story, consequences and ideas.

“The joy of the interactivity comes from connecting story, consequences and ideas”

For the Children’s Media Conference recently, we interviewed a number of industry experts to get their thoughts on this.

Daniel Efergan, executive vice president of interactive at Aardman, said that he loved the purity of this type of interactivity, and that the best stories don’t just work from start to end, but also across all the choices. That means if you play it once, and then you play it again and go for another choice, those choices relate to each other as well. This gives creators the opportunity to reward viewers on subsequent plays with things like in-jokes, easter eggs and unlocked extra content.

Netflix’s Unbreakable Kimmy Schmidt has some great examples of this, where you unlock secret scenes by trying the same choices multiple times, which is something we first saw back in the days of 80s text adventure games like Hitch Hikers’ Guide to the Galaxy.

HR: Netflix seems to be leaning into this type of content more than traditional broadcasters – why do you think that is?

KD: Netflix have connected up their creative content and tech platform teams in a way that many traditional broadcasters struggle to do – those teams usually exist in totally separate silos.

So for instance, with Bandersnatch, the product team were allowed to directly approach the producers Charlie Brooker and Annabel Jones about making an interactive episode of Black Mirror. It wasn’t without its difficulties – Charlie Brooker said making it was, “Like doing a rubik’s cube in your brain – everyone went a bit bananas“.

But out of this process, Netflix developed their own interactive production tool – an in-house Stornaway, basically – and now they have a workflow that joins up the creative teams with the technology teams. You can see the fruits of that with Kimmy Schmidt, where the writers Tina Fey and Robert Carlock seemed to have a lot more fun than the Bandersnatch team.

We’ve developed Stornaway for everyone else.

HR: In your CMC session, you mentioned that broadcasters creating these interactive stories seem to be focusing a lot of their attention on kids content. Why do you think this kind of content connects so strongly with kids?

KD: Alex Breen (VP of interactive at 9 Story Media) put it really nicely: “They’re really like a generation of media makers. It’s always them at the centre – they’re generating content and they’re consuming content generated by other people. So it feels only natural that kids would create this level of agency in storytelling.”

The latest statistics from OFCOM show that most kids now prefer YouTube to all other channels. And the reasons they gave to OFCOM might surprise you: not just because they feel it gives them more control, but also because it’s less “random” – even though 70% of everything watched is suggested by the YouTube algorithm. They feel it’s less random because they’re the ones choosing what happens next, not a random adult at a TV channel.

“Children are incredibly sophisticated in the way that they view television and the way they can view sequences and unpick them. They want to have choice and ownership over what they are watching and control over how they manage that content. This kind of interactivity is the perfect way to engage them.  It feels to me that it is something we need to do as TV producers to lift our game.”

Stornaway allows children’s TV producers to understand how to truly shape personalised viewer journeys for kids, keeping them engaged and rewatching, whilst giving them the feeling of exploring it for themselves.

There is also huge potential for fun educational and ethical content that lets children watch and play, while understanding the power and consequence of the choices they make. (Ed note: Interested in this kind of content? Check out Hook’s interview with the creator of the kids ethics podcast Short and Curly)

HR: What’s next for you at Stornaway?

KD: We’re continuing to work with TV producers and broadcasters to unlock the interactive content of the future, but after a few months we’re now also ready to open up to a much wider pool of video producers and filmmakers.

Stornaway’s first release has a complete end to end workflow, and we have a lot more we want to add – integration with other tools and platforms, more scriptwriting and creator tools, 360/VR branching stories without code.  We have a huge product roadmap, and we’re prioritising it based on feedback from producers and writers.

We’re also screening a film called A Little Hungover at Encounters short film festival in September which was made in lockdown with a minimal budget by writer/director Tyrell Williams. Alongside this, we’re releasing a longer public trial account with some great new features which will let a wider range of producers experiment and have fun with the potential of short-form interactive stories.

Thanks to Kate for taking the time to speaking with us about interactive video content! If you enjoyed this interview, you may want to check out the other sessions we’ve run in our Creator Conversations series, or take a look at our thoughts on what makes a classic TV show.

Also – make sure you don’t miss out on any of our interviews and thought pieces – sign up for our Media and Kids newsletters!