Here at Hook we like to stay abreast of all the latest developments in the world of podcasts and shine a light on the shows that we think audiences should be tuning into.

Recently we have had the pleasure of talking with Kyla Slaven, the creator and producer of the Short & Curly podcast, about the audio landscape now, tackling big questions when talking to kids and encouraging audiences to think for themselves.

Hook Research: For our readers who don’t know about Short & Curly, how would you describe the show?

Kyla Slaven: I think Short and Curly is a show about the world and the big curly complex questions in it. I don’t necessarily see it as a kids show, it just happens to have children as the audience.

“What we’re doing in the show is not asking ‘is this right or wrong?’, we are just asking questions and exploring how we treat other people in the world.”

What we’re doing in the show is not asking ‘is this right or wrong?’, we are just asking questions and exploring how we treat other people in the world.

People email me all the time going, ‘can you tell me what this is?’ or ‘can you explain this?’ – Our audience have some really great questions, but I don’t think it’s our job to give them answers.Instead we tell them about the topic’s complexities and let them know that many other people have had these thoughts. Ultimately what we’re saying is that you have to make up your own minds.

That’s why I think we have lots of adults that love the show. It’s not me going ‘I think I know that, let me give you a straight answer’. It’s more about getting people to think for themselves.

HR: Where did the idea come from? And what are you trying to achieve with the show?

KS: I came up with the idea for Short & Curly while I was working on an adult philosophy show [The Philosophy Zone] which is on RN, our ideas based  station at the ABC. I really liked it – but it was a serious programme, featuring serious professors from universities around the world.

As part of this programme, I spent a few days in a primary school talking to kids about philosophy more generally. As I sat there and watched these kids I thought: ‘This is the perfect audience for this sort of show’. Whatever big philosophical topic we were talking to them about, there were always loads of hands up from the kids with their own answers and ideas. They were so curious! Why, why, why, why?

Also, I loved that they’re not completely sure of what they think – of course they have opinions but they’re also more open to changing them and they still have that silly humour.

So with all this in mind, I thought kids would be a group that would really appreciate a show like Short & Curly.

HR: In your opinion, what does an audio format bring to the show (compared with exploring these questions through video)?

KS: I think audio has this beautiful, imaginative quality.

Sound effects are really important for us as it helps us tell a story that we don’t have the budget to tell in a visual way. We rely on that imaginative quality to make the episodes of Short & Curly more entertaining.

I also like the small-scale production of audio. In a big-budget, visual thing you’d have people telling you what you can and can’t do: for example, they’d be saying ‘You can’t look at kids dying on the Titanic’ (a topic we looked at in one of our episodes)! But in a podcast, you have a bit more freedom to explore the topics you want to explore – and that freedom has allowed us to end up where we are today.

The secondary aspect of audio content that makes it exciting for us is the parents’ perspective on it – they are really interested in entertainment that’s non screen-based. 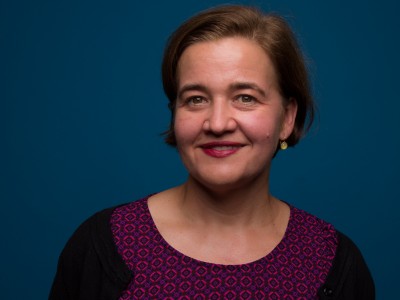 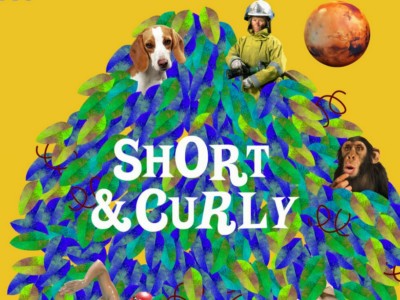 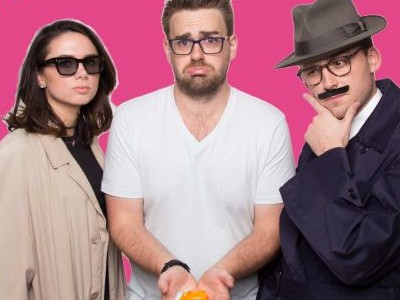 HR: From family dynamics to questioning ‘fake news’ (in your UFO episode), you’ve certainly covered a lot of ground in the question areas you tackle. How do you decide which questions to explore?

KS: When I first started this show someone asked me ‘how many episodes can you actually do of this?’ – and I said, ‘are you kidding me? It covers the whole world! There’s a million stories we could look at.’ The hardest part is just narrowing it down.

A lot of the ideas have come from just being in the world and learning about the big issues and big questions that kids are thinking and talking about.

Then you have to think about how you are going to wrap it into something fun, so we did the imaginary Titanic cruise.

Kids will also send us lots of questions – I’ve recently had lots of emails about climate change and friendship or things like that. They’ll also comment on the things we’ve already talked about and they’ll say ‘that was great! But what about this…’ and it starts a lot of new questions off.

We’ve started to do shows about those things – shows that let us speak to kids directly about their questions, but also connect to bigger issues we’ve been thinking about as well.

HR: Are there any questions that you considered covering on the show but decided against? What made you change your mind about them?

KS: There aren’t many topics that we wouldn’t consider looking at on the show.

We wouldn’t talk about things that are horrifying and cruel, or at least we would need a really good reason to do so – and if we do look at these things, we do need to bring a bit of perspective and remember that we are speaking to little kids!

There’s lots of talk about death on the show, but we try to explore these things in a funny way. Matt Beard [one of the hosts of the show] is very good in this way because he brings good softening elements to these kinds of harder topics.

HR: What feedback have you had on the show from kids?

KS: Feedback from kids has been really, really good. One of the reasons it’s great creating kids stuff is that if they love something, they will listen again, and again, and again, and again… Kids that like things get to know it really well – you just don’t get complaints. It’s a beautiful email group to reply to! It’s much better than creating things for adults!

One of the interesting things about creating for kids is that many of the reviews we get online have been in emoji form – which sometimes needs a bit of translating.

And a lot of these kids go to sleep with the show in their ears, which has been a weird thing for me to get used to…

HR: What feedback have you had from parents?

KS: The majority of the feedback from parents has been really good as well. Most will start conversations and go ‘Thank you for this… it helped me learn a lot about my kid and what they think.’

One said to me ‘I didn’t realise my kid was such a liar until we listened to the lying episode of Short & Curly!’

We haven’t had many complaints about the topics we explore. Most just think it’s nice to find something that isn’t stupid and silly that they can all listen to together as a family.

“Personally, I don’t think we push it far enough with kids. As long as we don’t talk about issues in a cruel or horrible way, I think you can deal with some pretty curly issues”

Personally, I don’t think we push it far enough with kids. As long as we don’t talk about issues in a cruel or horrible way, I think you can deal with some pretty curly issues.

A lot of topics that parents will pause over, kids will jump at… it makes them want to talk about it even more!

HR: In your opinion, what do ‘The Brains Trust’ (your commentary from kids) add to the show? Why is it important for you to include these voices?

For example, early on we did a show about Professor Snape [a character from Harry Potter], who I loved, but the kids hated him. I realised that they didn’t connect with him as much as a character because he was a teacher – something you just wouldn’t think about immediately as an adult.

Having the Brain Trust also brings a range of voices to the show. I think it’s super important for kids all over the country to hear that other kids are interested in these kinds of big questions – to hear other kids and think ‘Wow, we all think these things and just because I’m in Sydney doesn’t make me any smarter than kids in a tiny country town’.

That feels pretty special and important to me.

We’d like to say a massive thank you to Kyla for taking the time to talk to us!

If you enjoyed this read (and we hope you did) – you may be interested in a few of our other ‘Creator Conversation’ blogs as well: from podcast creators to kids composers and app developers, there are plenty of articles in there to dig your curious little teeth into. You may also want to check out our recent report into the Kids Audio landscape – covering podcasts, audio books, and smart speakers.

And if you want to keep up-to-date with the latest developments in the kids and media industries, why not sign up to our monthly newsletters? They’re informative, light-hearted, and (best of all) free! What’s not to like?