Here at Hook Research, we are endlessly fascinated with the evolving world of audio content and have been lucky enough to talk with some truly innovative podcast creators.

Our most recent interviewee, the creator of Tumble and co-founder of KidsListen, Lindsay Patterson talked us through her journey into audio, her relationship with science (which took a complete u-turn), as well as the challenges she faces making content for kids today.

Hook Research: How would you describe Tumble to someone who had never heard of it?

Lindsay Patterson: Tumble is a science podcast for kids. We focus on stories of science discovery which means we talk about how science works, the scientific method and process, not just the fun facts.

In each episode we share stories of real research and real discoveries. We weave interviews with scientists and science communicators into stories told by the hosts, me and my husband Marshall who is an educator and musician.

We are looking to engage with kids from the ages of five through to twelve. Humour is a key ingredient in our episodes which are all around fifteen minutes long. We designed the episodes around the journey to and from school but we hear from school that they listen at all sorts of times like first thing in the morning or just before bed too.

Our listenership is made up of an amazing group of kids, parents and teachers from all around the world. We often start our episodes with a question that we have received from our listeners.

The common thread throughout our episodes is that we are trying to convey the larger lessons of science so those listeners go on to be informed citizens who understand how science works and why it is so important to make decisions based on science in society.

“I feel that now, more than ever, is a critical time to be teaching kids about the benefits of science and fact.”

HR: What inspired you to make Tumble?

LP: I have been an audio producer since I graduated from university, focusing on science. It’s interesting because I didn’t like science growing up, I wasn’t a science person at all. I thought that everything that was known in science was written down in textbooks and it was just about memorising facts. I also thought that everything that could be discovered already, had been discovered.

It wasn’t until I had the opportunity to interview a scientist that I discovered that my concept of science was totally and completely wrong. I had missed the entire point. Science was actually a tool to solve problems that I really cared about. I realised that it was a fascinating, inspiring subject, and it was being done by people who were just like me.

So, I became I science journalist. I later had the opportunity, when I was working for a science radio series, to do a science show for kids. I really like that kind of writing because it appealed to my level of science.

As I worked on the show, I began to realise that communicating that everyone, not just those interested in perusing a career in STEM, has a reason to be interested in science was a really important mission.

HR: What topic has received the most interest? And why do you think that is?

LP: Overwhelmingly the most popular episode is the one called ‘the science of poop’. I think the reason why is self-explanatory – kids just love poop!

The episode is filled with fun discoveries about poop, like the fact that if you didn’t fart you would explode. It also features one of my favourite science writers, Mary Roach. She’s fantastic. 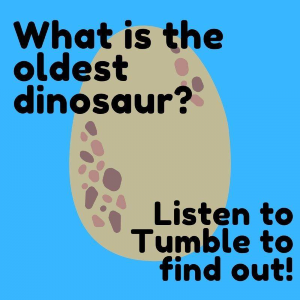 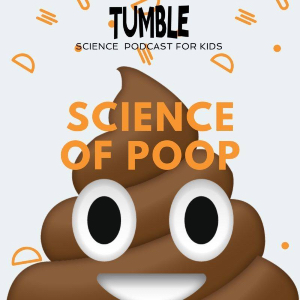 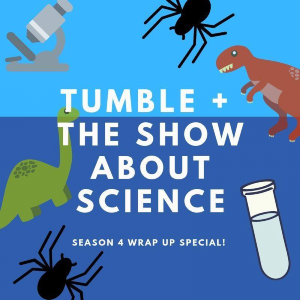 HR: What challenges or obstacles have you encountered? And has your approach to creating podcasts changed over the six years that you’ve been doing it?

The question we got asked most often was, will kids really engage with a podcast? They are so used to screens and flashy graphics, even storybooks have pictures, how could they possibly be engaged with something that is audio only?

There was a lot of that type of scepticism, and that’s why I co-founded KidsListen with a few other podcasters, to get numbers and prove out the feedback that we had been getting, that kids were listening.

We did the Kids Podcast inaugural survey and expected to learn that some children were listening, but we were really surprised to see the extent to which they were engaging with podcasts.

% of kids listen to their favourite podcast more than once

HR: How do you think media can excite and inspire kids to get involved in science?

LP: I think that STEM, especially girls in STEM, has received a lot of attention over the past few years which is great. There is an organisation called ‘If then’ highlighting women in science. I think it’s about one hundred and twenty awesome women in science, and they are trying to change who kids think of as being scientists as well as encouraging kids to think of themselves as people that could be involved in science.

I grew up thinking that scientists were a special level of genius and operated in a world that I could never access, so anything that shows scientists to be normal people just like you that have questions, those are the kinds of initiatives I love to see.

My favourite kind of science media reframes the question of ‘what is science?’ and ‘why is it interesting?’ For so long people have been surprised if science is fun. You often hear ‘science but made fun’, but I think science really lends itself to the natural curiosity that kids have. It doesn’t need to be ‘made fun’ – it’s already fascinating!

HR: What does the future look like for Tumble?

LP: There are so many areas that we have dipped our toes into and are excited to expand on.

Most of all we would love to keep making new shows. There is so much opportunity in the field of kids’ podcasts, it’s really young compared to adult podcasts which I think means that there is a lot of low hanging fruit out there.

I also feel that Tumble has established a reputation as being a really trusted resource so I really want to continue expanding that.

Thanks again to Lindsay for taking the time to speak with us!

If you enjoyed this chat, you’ll probably like the other interviews in our Creator Conversation series. Alternatively, be sure to sign up for our monthly newsletters to keep up to date with all of the exciting things happening in the Kids and Media spaces.